On the Crisis of Modern Hindu Americans

So you call yourself a woke Hindu? You’ve gone to a Hindu group since childhood, learned about the Ramayana and Mahabharata, and done puja now and then — maybe you even joined a Hindu club in college. Better yet, you even see through the half-truths spewed by Western media about recent events in India such as Article 370, the Ayodhya Ram Mandir decision, and CAA/NRC and realize how vital these are to you as a Hindu. Congratulations.

But do I also hear you gasp in horror when your friends in college turn on you when you say something favorable about Article 370 and Kashmiri Pandits? Worse, your childhood friends from Bal-Vihar, Balagokulam, or Mandir classes detest you when you post something even mildly positive about CAA and how it was the just decision for many oppressed religious minorities, including Hindus, in the countries surrounding India.

Same here. What happened to our peers? How could they turn on us when we shared the same Hindu lessons, similar heritage, and upbringing in America. Why did you turn out to be a woke Hindu and not them?

I think it’s high time we talk about what happened to your friends.

You’ve seen them before. They call themselves South Asians (maybe Desis but never Indians let alone Hindus). They hold positions in their university’s South Asian Club. Their parents never took them to any religious classes so they were fed a stale diet of Bollywood, Twitter, and the New York Times.

After coming to college they decided to take a sociology class here and there and maybe even a Religion in South Asia class. Immediately, they form a misguided view of the entirety of Hinduism based on colonial lenses and half-baked truths, about this ancient tradition. And then they turn on their parents, friends, and you.

But they didn’t know any better.

Did you ever consider that these people are trying to be model American citizens? Indu Viswanathan puts this point beautifully in her Medium article, where she explains how American educational institutions are designed to strip children of immigrants of their roots and supplies them with Western critical theories. These students long to be virtuous members of American society and apply these lenses to speak up for oppressed, subaltern voices in India. The only problem is that they are mistaken in who these subaltern voices really are. Of course, I am assuming that they are only misinformed and misguided. Some are pawns for forces that want to continue the oppression of Hindus, but let’s ignore that for now.

So before you scream at them for roasting marshmallows on Diwali celebrations organized by their South Asian group in college, why not try to understand them? Academia is dominated by certain paradigms and it is incumbent upon us that we do our research and understand them. Narrative-building institutions like universities view the West, Whiteness, Masculinity, and Brahmanism (in South Asia) as forces of oppression. Brahmanism refers to the domination of Brahmins in Indian society and Hindu ideology. Casteism is another closely related term. Hindu society and history are often analyzed from the Conflict theory lens that uses caste conflict and upper-caste dominance to explain Indian history. Needless to say, this an entirely reductionist and parochial view of Hinduism which says:

Essentially, the narrative amounts to the notion that being a Hindu in South Asia is equivalent to being a “White Supremacist with a false religion” as Vamsee Juluri puts it in, “Writing Across a Cracked World.” To be a progressive South Asian in America, you must embrace your racial guilt much like White progressives have in America. 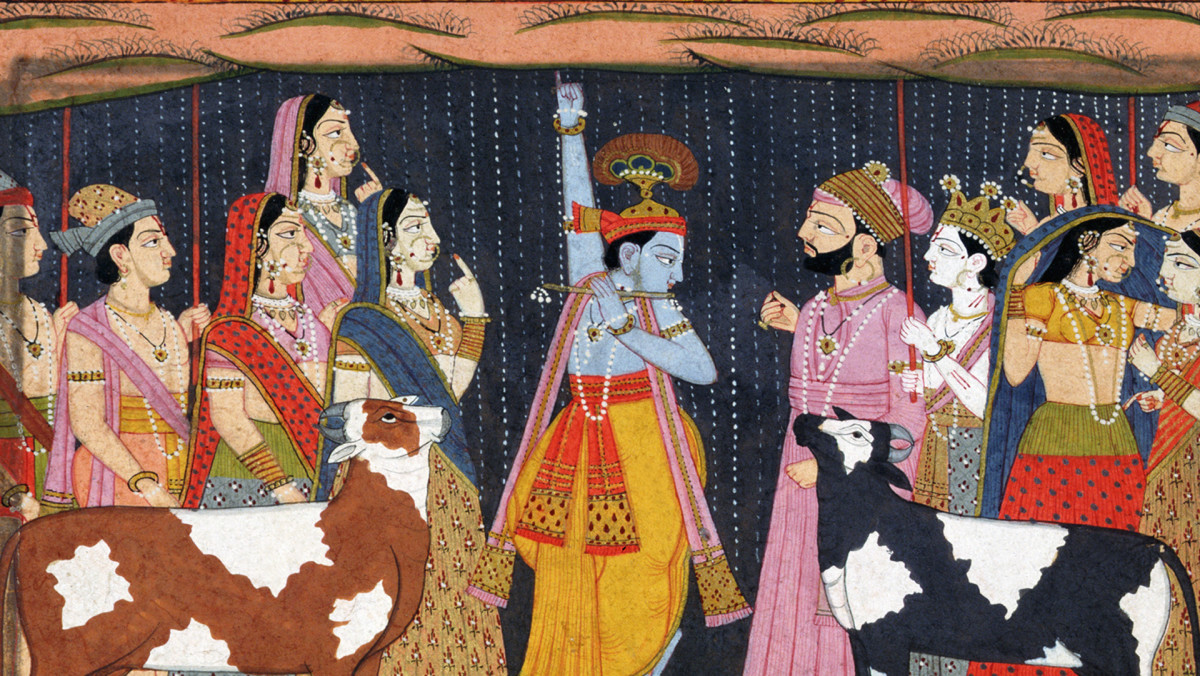 Except these people conveniently forget that Hindus aren’t like White people who colonized the world for the past five hundred years. Moreover, Hindus don’t have the kind of systemic privilege that White people have — neither in India nor in America. Hindus are a people of color who were colonized and subjugated for hundreds of years. We are now a post-colonial people with diaspora across the world; yet, we are made to be honorary White people in America with a casteist and racist religion and are expected to play guilty for that.

Every interaction that these South Asians have with their religion is approached with guilt and self-reproach for their “inherited superiority.” Diwali turns into a s’mores party so that the Muslims in the South Asian group aren’t offended (even though the vast majority members are Hindu and it’s a Hindu festival). If they talk about their heritage with others they call themselves South Asian rather than terms like Indian or Hindu. If they talk about current topics like Kashmir, they want to stand in solidarity with the Muslims rather than with the Hindu Kashmiri Pandits who were ethnically cleansed 30 years ago.

These are the Hindus who went to their local Mandir, Balagokulam, or Chinmaya Mission every Sunday for classes, learned about the Ramayana, Gita, etc. They can even see why it is appropriate to celebrate Diwali on campus with a puja rather than just a s’mores party. But when something like Article 370 or CAA comes into the limelight on campus they may choose to be completely silent or outright attack you when you stand in favor of the Hindu side.

For most Hindu-Americans, being a Hindu is like a jacket that you can take on or off when convenient. When you are in a mandir you call yourself a devout Hindu, but when you want to blend in with your American college friends you can conveniently take this identity off to conform.

One reason this is happening is that most institutions that inculcate Hindu values and identities into our American-born generation do not address the value that Hinduism brings to being an American. Understandably, they are most concerned with teaching the sanskriti that our parents brought from India, but often the link to how this can help us be outstanding Americans is ignored or brushed aside. A dichotomy between our Hindu identity and our American is created and more often than not, this Hindu identity seems to conflict with being a progressive American.

Another cause is the fear of being labeled as a Hindutva extremist or Right-wing Hindu Nationalist. The term “Hindutva” only means the essence, or “tattva”, of Hindu civilization and is the Sanskrit term equal to the English term “Hinduism.” Unfortunately, the term has been so politicized and misconstrued that Hindutva has come to symbolize Hindu fascism and regressive doctrines. Instantly, if you speak out against Hinduphobia and claim that Hindus are human beings who deserve human rights, deserve to be protected from religious bigotry, and deserve fair representation in the media you are automatically labeled as a Hindutva extremist.

So for these Middle Hindus who sincerely appreciate their Hindu backgrounds there seem to be only two options: if you want to keep your Hindu identity they can either a) keep silent on issues or b) speak out against those Hindus who claim they deserve basic human rights. Otherwise they risk being labeled as a Hindutva extremist as well.

What can Woke Hindus do?

You’re still a woke Hindu, right? Just checking. Now, I would like to urge you to be a Hindu-American. Don’t pick whichever side of the hyphen is most convenient for the situation at hand. You can be a progressive Hindu-American without walking into the trap of organizations like Sadhana which pander an anti-Hindu agenda informed by flawed Western lenses under the guise of progressive Hinduism. Make the conscious decision to redefine your identity to include Hindu into being an American for yourself and then help your peers do it for themselves.

Living in a society where free speech and speaking up for marginalized voices — especially suppressed voices of color — are championed, we shouldn’t believe that speaking our side of the story is incendiary in any way. As Hindu-Americans, we are the ultimate post-modern deal: we are a post-colonial people of color with one of the only surviving indigenous religions that has been repeatedly threatened with suppression and even annihilation until the present. Why can’t we have a voice and create our own narrative? It’s up to you, my friend, to have these conversations with your peers and parents, with the members of your Hindu club on campus and friends from childhood, and with the next generation of college-bound teens.