Never Have I Ever... Been More Proud to be an American Hindu

Alright, let’s be real, this is pretty much the one and only TV show all of the diaspora is talking about, and honestly, it’s a discussion worth having.

Mindy Kaling’s new show Never Have I Ever brought out a wide range of reactions spanning from “This show sucks! It does not represent me at all.” to “I have never related to anything more in my entire life! I want a season 2, 3, and more!” However, I have a feeling that a majority of us fall right in the middle of that spectrum.

We join Devi in her home for the first episode as she is praying at her family’s mandir (place of worship for Hindus). She requests a few things from the murtis (check out our post about idols here) which gives us a glimpse into Devi’s mind and a sneak peek into the rest of the season. 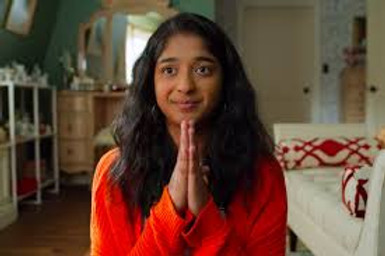 NHIE touches on some really deep, sensitive topics, and does it pretty well. We hear about the death of a loved one, mental health challenges, balancing two identities, arranged marriages, interracial couples, and so much more. Props to Mindy for bringing all those elements into a high school teen drama. While this deserves recognition, there are also some areas of improvement to capitalize on the spotlight the show received. Let’s break some of those down.

Never Have I Ever portrays a few extremely crucial topics in a beautiful way. There aren’t many shows that discuss topics like mental health or dealing with the loss of a loved one, so bringing these into the scope for this show was definitely a fruitful decision.

There are many more things that the show did well, and the idea that Mindy was able to create this show representing an Indian Hindu family as the lead, while not making the entire show about them being from an immigrant background was very well done, and should be applauded.

What the Show Can Improve On

On the flip side, while there were many positive aspects to the show, there were some opportunities for improvement as well. 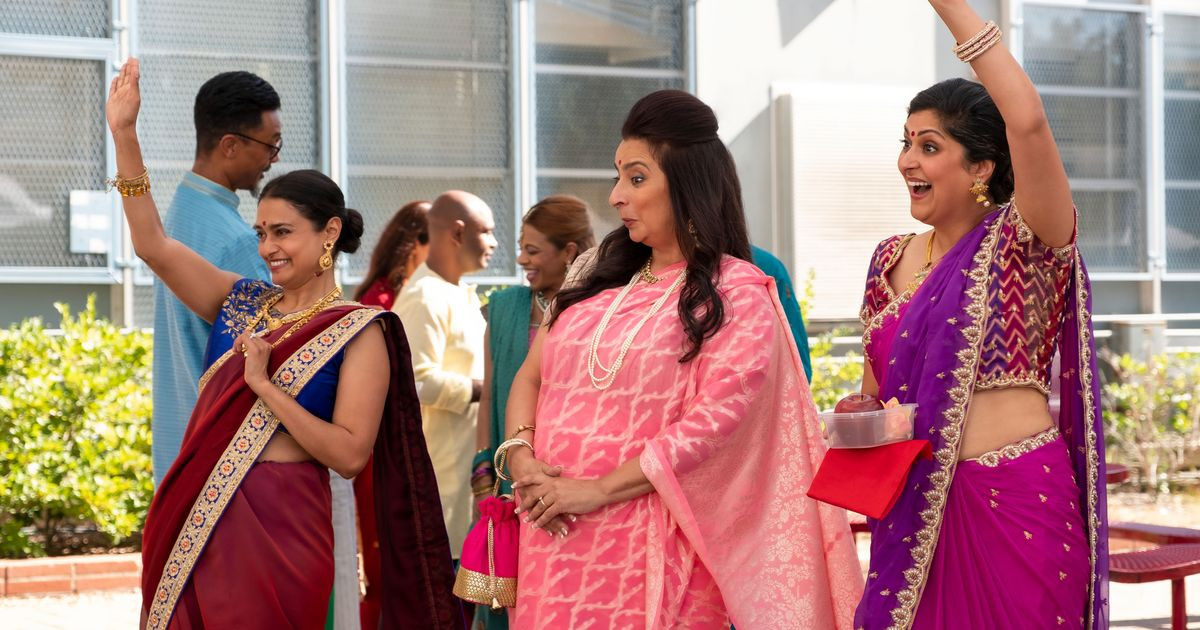 No weapon can cut the soul into pieces,
nor can it be burned by fire,
nor moistened by water,
nor withered by the wind.

This verse shows that we believe the soul is eternal. Devi’s dad will continue to live on through his Atma (soul) even though he may not physically be here today. I wish NHIE took the time to explain the meaning and the importance behind this shloka rather than just reciting it and moving on. It’s clear Devi doesn’t connect to her religion, but explaining the meaning behind certain practices could really help her and the audience learn more about Hinduism in general.

While this might have been the case in the past, contemporary arranged marriages are more like meeting people through dating apps, but meeting them through your parents instead. Parents or family friends recommend someone who they think would be a good match, and the two potential partners usually go on a few dates to see if it could work. Kamala ultimately decided that she was not ready to commit to Prashant but wanted to take things slow with him, and I wish the fact that she had this freedom from the beginning was clear from the onset of the show.

What the Show Taught Me

Was the show perfect? Not at all. But it is important to acknowledge that this show was meant to show one person’s story. Mindy and the entire team deserve praise for all the things they got right, and we should hope and work for more representation like this in the future that touches on other experiences as well.

Referring to my own story, I was not the biggest fan of being Hindu in high school. It seemed archaic and pointless, but I was fortunate to have a supportive community and parents that helped me understand why we followed certain traditions. Throughout this learning process, I was given the ability to follow what practices I resonated with and adjust or skip the ones that seemed still confusing to me. That is the flexibility that I love about the Hindu culture. Through learning more about the history and intricacies of it, I realized how much depth and beauty there is to the Hindu lifestyle.

That being said, now more than ever, I understand the need for not just any kind of representation, but the kind that will help us find the value in our traditions, culture, and our roots. The kind that teaches us why we should appreciate all the stories and practices that are being passed down. The kind that finally makes us feel proud to be Hindu. This is what we strive to provide at The American Hindu.

Never Have I Ever finally makes it possible for us to be on the big screen, and it also shows us that it is high time we start learning about our culture and finding out why we practice the things we do. Mindy Kaling’s production doesn’t dig deeper into the reasons behind our Hindu beliefs and practices, but we hope that she takes the opportunity of a potential second season to share more of that.

Arranged Marriage?! What For?